Idea guy, team builder and ardent supporter of SeaTac youth, Mike Doughty, is an Aston Villa fan and father of a Doritos eating teenager and husband to a woman that is just a little too smart for him.  Mike is an an avid student of soccer and youth education and brings these passions to bear in his role as Principal at SeaTac United Youth Academy.

Mike grew up in Spokane, starting his storied career at KFC before being called up to the big leagues – Chuck E Cheese.  Next he went to University of WA, earning an Aeronautical Engineering degree. Then became a pilot in the USAF where he met his wife, Lisa.  Finally he landed in SeaTac and is now flying for Alaska Airlines.

Then came his son, Jack, who started playing soccer and chess when he was 3.  Mike saw how quickly his son could learn with proper instruction.  This was where the light turned on for Mike. Be sure you have a lot of time if he asks if you have 2 minutes.  He means 30. 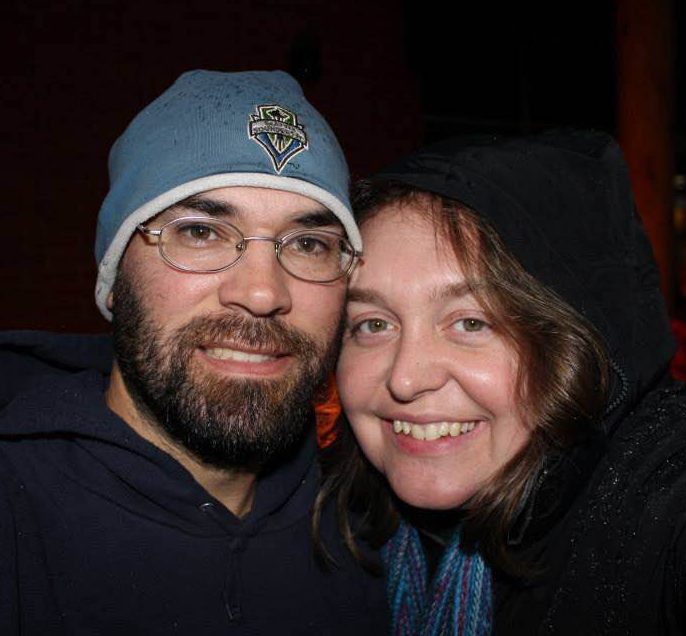 The oldest of eight children, I was born to work hard. Growing up in Bellingham, WA I spent my time working or playing in the forest. I think I could live outside year round. Camping is my therapy, it keeps me sane. I started working at 15 years old with the goal of learning to fly. By 17 I had a place of my own and was a manager at my job. By 19 I had a motorcycle, was working three jobs and learning to fly. My favorite saying has always been “Every vision is a dream until the first man accomplishes it” by Robert H. Goddard, Father of Modern Rocketry.  During my teen years I was also on member of the Civil Air Patrol and the Red Cross Youth First Aid and Safety Team. I love to learn! I earned my private pilot license at 21 years old and moved to Seattle shortly after to pursue my dreams of flying. I started working at SeaTac airport where I met my husband. He completely derailed my life. After our first son was born I took a year off of work and completely changed my trajectory. I took a tax class so I could continue to prepare our taxes with their growing complexity and was offered a job. That wasn’t even on my radar. Now in addition to being a tax professional l’m also a bookkeeper and helping run a small business services department that provides bookkeeping and payroll services to businesses in our area. My grandfather owned an accounting firm when I was growing up and I never thought for a second I would be following in his footsteps. This life isn’t what I dreamed, it’s better than I could have imagined. I’m passionate about dreaming and planning with hard work anything is possible. More than anything I love to plan crazy adventures with my family, camping in the rain or in the middle of winter are my kind of challenge.